What’d I do in 2009? Some of my numbers are paltry and lame, but here they are anyway.

I posted 51 posts to this blog, teleogistic.net (and a handful of posts in other places). Those posts brought 183 legit comments. 3,299 unique visitors stopped by from 84 countries and 49 US states (WTF South Dakota?). The most popular search terms that led people here were: 1) read it later kindle, which led people to this post, 2) os x migration “less than a minute remaining”, which led people to this post, and 3) boone gorges, which led people to my beautiful face. The most popular posts on this blog were 1) Help me alpha test BuddyPress Forum Attachments (which is listed as the help page for a BuddyPress plugin I released, and so probably gets a lot of confused eyeballs), 2) Displaying the BuddyPress Admin Bar in Other Applications, which got added to StumbleUpon and, appropriately enough, contains hacks that did not originate with my paltry brain, and 3) Hub-and-spoke Blogging with Lots Of Students, which was interlinked with a lot of other great posts on the issue of classroom blogging. Not terrible for the first year of a blog, considering that BLOGS ARE DEAD.

I learned a lot about coding during 2009. When 2009 started, I knew quite a bit about HTML and CSS, as well as a smattering of PHP. I opened my first WordPress code file in about March. Since then I have released seven WordPress/BuddyPress plugins, a MediaWiki extension, and a handful of smaller hacks through the GPL, comprising some 4300 lines of code (about half of which was modified from existing code, and half of which is more or less from scratch).

I tweeted around 3300 times this year.

I racked up somewhere in the neighborhood of 180 hours of time this year commuting to and from work. Less impressively, I ran a pathetic 675 miles.

As some of you know, I do lots of crossword puzzles. According to my back-of-the-envelope calculations, I did around 1,960 crosswords this year, a number that is made up mostly of the first 13 puzzles listed on this page. I made a pledge at the beginning of the year to do my crosswords with pencil and paper (rather than on the computer) to improve my lackluster performance at ACPT. I stuck to that pledge: I can remember doing about three crosswords on the computer this year, as the rest were done on paper. We’ll see how all the practice pans out in February.

I threw a little something together today to add WYSIWYG editing to BuddyPress, using TinyMCE. I want to be careful about the tags I allow, so I’m whitelisting, which is a bit tedious. As a result, there are only a few buttons available: a, em, strong, ul, ol, li. It’s a start, though.

A note about TinyMCE: WP ships with TinyMCE, and I thought it made sense to use that version instead of attaching one to this plugin. I think that the path to TinyMCE (line 20 of the plugin) should work on all installations, but you may have to tinker if you don’t see it popping up in the head of your BP pages. Moreover, the language files for WP’s version of TinyMCE are misnamed, which means that they don’t work right out of the box (at least for me they don’t). You may need to change the name of wp-includes/js/tinymce/langs/wp-langs-en.php to en.php in order to get the hover and help text in the TinyMCE box to work.

Download the plugin here. Don’t use in a production environment unless you are very certain that you are satisfied with the security of this plugin! 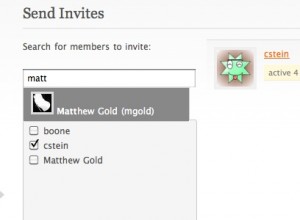 Some members of the still-young CUNY Academic Commons, eager to start groups in support of various projects, have been getting hung up on the process of putting a group together: first, each person has to sign up for the Commons; second, each person has to become friends with the group admin; third, each person has to request membership or wait to be invited (in the case of private groups). I just released a plugin called Invite Anyone that cuts out the second step: with the plugin activated, group admins can invite anyone from the installation, not just friends.

Read more about it, and download the plugin, at the CUNY Academic Commons Dev blog.

EDIT: Please leave further comments or questions regarding this plugin at its permanent home: Invite Anyone

I’ll be attending THATCamp Columbus next month. A few days ago I blogged my session topic on the THATCamp site. I’ve reproduced it below for posterity’s sake.

I spent a few years as a graduate fellow in a Writing Across the Curriculum program, and in my current full-time position as an instructional technologist I continue to collaborate frequently with WAC. In the time I’ve spent in close contact with the WAC program, I’ve come to find great value in some of the principles that lie at its core:

WAC programs are then organized in such a way as to provide tangible support for the teaching of writing, in the form of lesson plans, faculty development, pedagogical resources, and so on. And WAC’s mission is explicitly pan-departmental: one of the central tenets of the WAC philosophy is that students will only really learn to write if writing is meaningfully integrated throughout the entire curriculum.

I want to take seriously the idea that the WAC point of view can and should be applied, more or less wholesale, to the teaching of digital literacy.

There are a lot of problems to be worked out. First, I’d like to explore the extent to which the argument behind WAC can be adapted for digital literacy. Different disciplines require different kinds of engagement with the written word; likewise, we should be prepared to enumerate the different ways that the disciplines will require digital fluency (ranging from software know-how to programming skills to content filtering to multimedia composition to comfort with networks). I’d also like to flesh out the kinds of concrete support systems that would be required to make a digital analog to WAC function, be it faculty development or technology-intensive sections or whatever. And there will be the problem of politics: how do you argue to reluctant faculty and administrators that digital literacy education is as important as writing education? Here too I hope that we can look to WAC for strategies.

Rodney Blevins and Marius Ooms wrote a fantastic plugin for BuddyPress called Groupblog, which allows BP groups to easily create a blog associated with their group. The killer feature of the plugin is the ability to add all group members to the blog (as authors, editors, subscribers, whatever you’d like) in a more or less automatic fashion – a far, far easier task than adding users manually through Dashboard > Add User.

I found, though, that the process wasn’t quite as automatic as I’d like. They’d based the code for adding users on a plugin by Burt Adsit called Community Blogs. Community Blogs only triggered the user adding process on a one-by-one basis: members of a group weren’t added to the group’s blog until they visited the blog. This is problematic for a few reasons. First, it’s an added step that creates some confusion among group admins and members, who assume that community blog membership should be automatic. Second, we’ve enabled various levels of privacy for blogs at the CUNY Academic Commons, and group members who were not yet members of a private group blog couldn’t really visit the blog to kick start the process. (Strictly speaking, that’s not true: the add user process was hooked to a process that took place when the blog’s login screen popped up, which happens when you persistently try to visit a blog to which you don’t have access. But this is extremely confusing.)

I took a bit of time today to rework how Groupblog handles the add user process. With the new setup, every member of a group is added to the group blog at once. The process is put into motion when the blog’s administrator updates and saves the group’s Group Blog settings. Other members of the BP community who join the group after the initial blog setup are added automatically to the blog as well, in accordance with the settings that the admin has determined for member permissions.

The upgrade from BuddyPress 1.0.x to BuddyPress 1.1 on the CUNY Academic Commons posed a number of challenges. Between the big changes to theme structure, the one-click installation of bbPress forums, and ongoing plugin compatibility issues, a lot of planning and testing was required. This week, I and the rest of the CAC development team finally made the switch. Over the course of a few practice upgrades in development environments, followed by an upgrade on the production site, I developed a pretty detailed set of instructions for myself. I thought I’d write up an annotated version of those instructions, for the benefit of anyone who might be facing a similar upgrade.

The Academic Commons had previously been set up roughly along the same lines as Jim Groom describes here: with bbPress storing its data in a separate database, but through the cunning use of various clever plugins, sharing user data, cookies, and BP group info with the WPMU installation. BP 1.1 does things differently: the one click installation of BP forums expects to store its data in tables that exist in the BP/WP database. In order to save the old data, we had two choices: move the old data into the new structure, or make BP 1.1 recognize the old db setup. Fellow dev team member Chris Stein and I decided that the former choice would be the easiest and most future proof. Here’s how it was done.

The instructions at buddypress.org are quite helpful. Here’s a short version:

The CUNY Academic Commons was in the midst of a redesign, so it made sense to have the new design implemented in BuddyPress’s new, parent-child theme environment. Buddypress.org has some instructions that you might find helpful. Our theme consists of a highly customized home page, header, and footer, with interior BuddyPress pages that are more or less similar in terms of markup to the BuddyPress parent theme. Thus it made sense for us to create a child theme in wp-content/themes (by copying and renaming the bp-default folder that comes with BuddyPress), make our CSS changes, and fill our child theme with only those templates where our markup had to differ from bp-sn-parent. For us that means home.php, header.php, footer.php, functions.php (which does not override but adds to bp-sn-parent/functions.php), and a few other miscellaneous files. How to implement:

Setting up the forums

You’ve exported and modified the forum data from the bbPress standalone version, but you’ll still need to get them into BP.

There are kinks we’re still trying to work out of the system. Some strange things happened to some users’ avatars after the upgrade. And tweaking the theme is turning out to be a hassle in a lot of ways. But overall, the migration of data – which I had lost a bit of sleep over – went extremely smoothly. Good luck!

For a while now, I’ve been meaning to post a short video showing some of the ways I use Quicksilver, the indispensable OS X launcher. Here it is, with links to tutorials explaining some of the things I talk about in the video.

How I use Quicksilver from Boone Gorges on Vimeo.