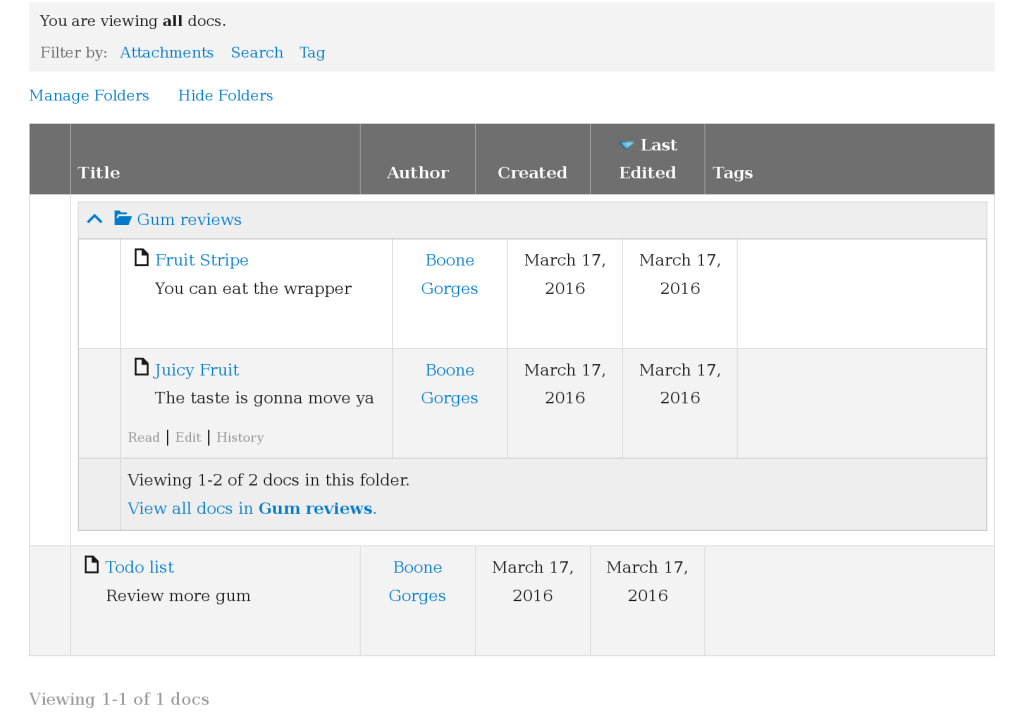 I’ve just released version 1.4 of BuddyPress Docs, my collaborative editing plugin for BuddyPress. The big new feature is the one that users have been asking for since the plugin was first released: file attachments. I’m using a nifty trick (involving the autogeneration of .htaccess files) to ensure that Doc privacy levels are extended to their attachments. I think it’s going to be useful to a lot of people.

In the future, I plan to write a tool to migrate content created by the abandoned BP Group Documents to this new system. Stay tuned.

This round of development was generously sponsored by the Center for Applied Research and Environmental Systems at the University of Missouri. They are long-time users of BuddyPress, and they were pleased to support the development of this feature for the community. Special thanks to David Cavins, who set up the connection between me and CARES, and also contributed huge amounts of technical, conceptual, and design help to Docs 1.4. (He also builds beautiful guitars.) Thanks to CARES and to David!